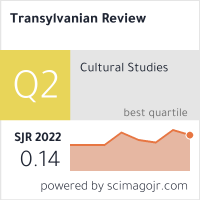 Lignosulfonate (LS) is a byproduct obtained from the sulfite pulping process, LS improves the physical properties of several biopolymer as gelatin. On the other hand, the physicochemical modification of cellulose is a must for making it more applicable in several fields rather than paper or textile industries. Here, we report the fabrication of films derived from calcium lignosulfonate (Ca LS)/sodium cellulose composite for the first time. Which can be used in food packaging to preserve the quality and safety of the food. In order to characterize sodium cellulose and the synthesized composite films, Fourier-transform infrared spectroscopy (FT-IR), X-ray diffraction (XRD), X-ray photoelectron spectroscopy (XPS), scanning electron microscopy (SEM), and thermogravimetric analysis along with water vapor transmission and permeability tests were carried out. The XPS spectrum of sodium cellulose showed a sharp Na (1s) peak (1045 eV), which emphasized the presence of Na+ ions. The FT-IR spectrum of CaLS/sodium cellulose composite exhibited the most significant band of S=O stretching, which appeared as a weak band at 1040 cm−1. The XRD spectrum displayed no diffraction peaks of LS in the LS/sodium cellulose diffractogram. It may be attributed to the good dispersion of CaLS onto the interplanar structure in sodium cellulose. The presence of the CaLS particle increased the aggregation and thus the width of the fiber was increased in the SEM images. Moreover, the CaLS/sodium cellulose composite showed the highest thermal stability and significantly lower water vapor permeability than both cellulose and sodium cellulose. Thus, CaLS/sodium cellulose composite can be perfectly utilized as food packing film to increase the shelf life time of the preserved foods.